On the 7th October 2016 the International Conference “Role of ECA in Belarus Economy”, organised by Eximgarant of Belarus, took place in Minsk. 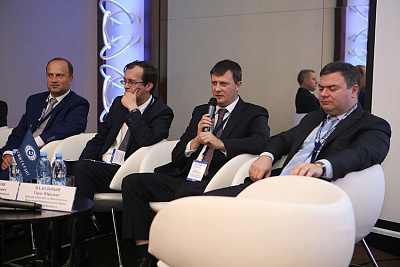 The Conference was attended by the representatives of the leading ministries and concerns, major republican enterprises, private banks and foreign ECAs — participants of the Berne Union. The total number of the attendees amounted to more than 120 people.

Together with the 15th anniversary of Eximgarant of Belarus as an official ECA, the year of 2016 is also marked with the 10th anniversary of the national system of export support and promotion, the legal framework of which was established by the Decree of the President of the Republic of Belarus dd. 26.08.2006 № 534 “On promotion of exports of goods (works, services)” and a set of regulatory documents issued by the Government and the National Bank.

While opening the Conference, Mr. Gennady Mitskevich, Director General of Eximgarant of Belarus, in his speech noted that “the main goal of the event is to exchange views on the functioning of the export credit insurance market practices, as well as to compare national methodology to those applied by our foreign colleagues from the International Union of Export Credit and Investment Insurers”.

The representatives of foreign ECAs such as PwC — Euler Hermes (Germany), OeKB (Austria), SACE (Italy), SINOSURE (China), KUKE (Poland), FINNVERA (Finland), EGAP (Czech Republic), EXIMBANKA SR (Slovenia), EXIM HUNGARY (Hungary), EXIAR (Russia) and many others had a look at the macroeconomic indicators, which were presented by the Deputy Minister of Finance of the Republic of Belarus Yury Seliverstov and the First Deputy Chairman of the Board of the National Bank of the Republic of Belarus Taras Nadolny.

The attention of the audience was also captured by the reports on Belarusian and German systems of export support. The participants of the panel discussion — representatives of international ECAs — shared their experience of promoting exports in the respective countries and concluded that systems of export support varied extremely, but an ECA’s role in it should be understood as a core one.

In the conclusion of the Conference international guests and Belarusian investors were informed about the new opportunities and mechanisms provided by Eximgarant in the field of attracting investments into the Republic. 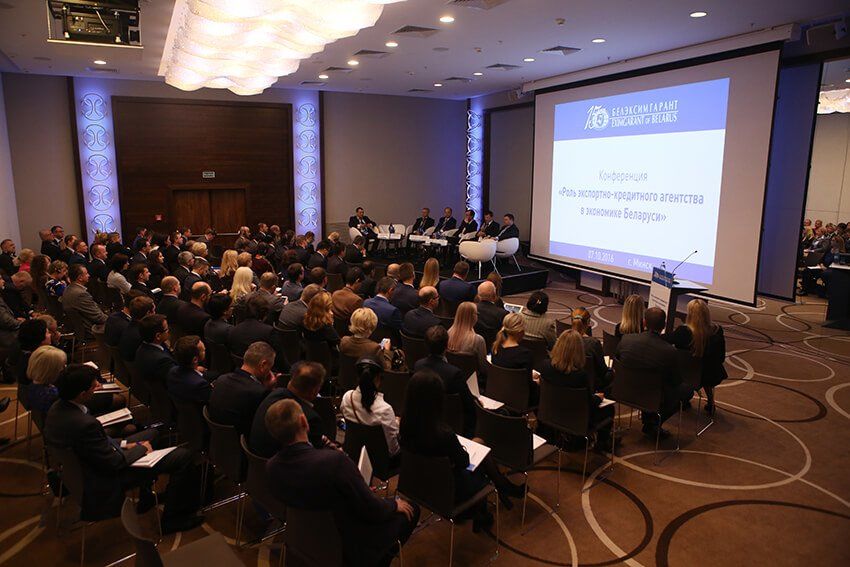