Fitch Affirms Eximgarant of Belarus at “B-”; Outlook Stable

28 June 2016 Fitch Ratings has affirmed Export-Import Insurance Company of the Republic of Belarus’s (Eximgarant) Insurer Financial Strength (IFS) rating at ’B-’. The Outlook is Stable. 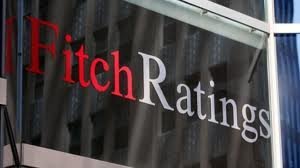 The Belarusian state has established strong support for Eximgarant through its legal framework to develop a well-functioning export insurance system. The state’s propensity to support the company has been demonstrated by the government guarantee on export insurance risks, significant capital injections in previous years and the explicit inclusion of Eximgarant’s potential capital needs in Belarus’s budgetary system.

Eximgarant is adequately capitalised for its rating, as measured by Fitch’s Prism factor-based capital model. The insurer maintains an exceptionally strong nominal level of capital relative to its business volumes, with a Solvency I-like statutory ratio of 85x at end-3M16.

Eximgarant has a record of positive profitability in the last five years, but with a sharp decrease of net income to BYR 9bn in 2014 due to a weaker underwriting result. In 2015 a positive underwriting result, strong investment income and a significant one-off FX effect boosted profitability to BYR 160bn. In 3M16 Eximgarant reported a net income of BYR 81bn. The company continued to benefit from the depreciation effect of the Belarusian rouble and solid investment income, which respectively added BYR 163bn and BYR 17bn to net income, fully offsetting a negative underwriting result of BYR 7bn.

Eximgarant’s investment portfolio is of low quality, reflecting the credit quality of bank deposits, which is constrained by sovereign risks and the presence of significant concentrations by issuer. The investment profile is attributable to the narrowness of the local investment market and strict regulation of the insurer’s investment policy.